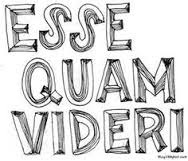 It gives one pause - doesn't it?

It’s an honest question and one that each of us needs to address.

In other words: are we for real?

Being true to who we are is not only a gift we give ourselves;

…it’s a gift we give to those we serve every day. 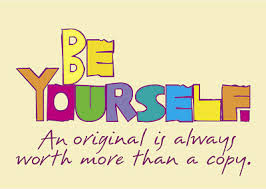 Esse quam videri is a Latin phrase meaning "To be, rather than to seem (to be)". It has been used as a motto by a number of different groups.      Wikipedia The Free Encyclopedia

It is unusual that, until the act of 1893, the state of North Carolina had no motto since its declaration of independence. (It was one of the few states that did not have a motto, and the only one of the original thirteen without one.) It is now The Great Seal of North Carolina. 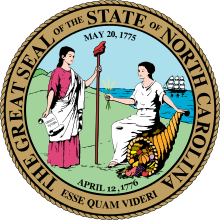 Are you being your true self, regardless of?

PS: Happy Father's Day to all the real deal doting Dad's every where!