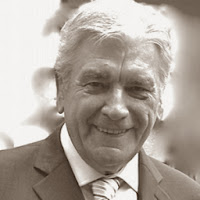 I’ve been chomping at the bit to rave about Voicemaster International’s, Steve Hudson; the CEO and creator of the Hudson Voice Technique.  Why have I been especially excited? Because I got to spend some quality time with him recently after winning a Voices Pro / Facebook Competition Voice-Over contest. Steve was the vocal tutor who generously offered the coveted workshop prizes.


Sipping tea with the dashing Mr. Hudson was a treat, as was the London Master Class I took part in. (…not to mention the Voicemaster e-learning home study course I walked away with.) He’s not kidding when he says: “Others tell you what to say, we teach you how to say it.” Steve's a savvy communicator who is also an international, award-winning Voice-Over Actor.  He’s also a BBC Trainer and a voice-consultant for major corporations and advertising agents. This charitable English gentleman is one that I felt honoured to get to know and learn from. He not only offers a sound technique, he works with you personally on it and follows-up with you afterwards. I was enriched by my experience with him. All this alone merits a huge Debby Barnes Voice-Over Rah-Rah!, but wait, there’s more!


Steve has begun to post honest excerpts from his intended 2013 book about proper voice communication. These short, colourful and comical little stories are not only fascinating, they’re true.  (…and I’m an absolute sucker for people’s true stories.) His recent October 23 post, “The Most Beautiful Green Eyes I’ve Ever Seen” is choice.  He starts-off by making us aware that years ago he’d been cast as a leading man in an ultra-glam TV commercial for a brand of chocolates. (FYI: Steve’s done a wealth of work as an on-camera and off-camera Voice-Over Actor.)  This job was posh (...and yummy), to be sure. It was going to be shot in two locations – one on a speedboat in the West Indies and the other in Pinewood studios, London. (Green with envy, any one?!)


“I would rather be a live coward than a dead hero and although the panther looked cuddly, I thought it best to close the door.” He recounts his unique experience with humour and in a way that’s easy to visualise. And it’s one of the many tales he’s lived to tell; especially because this particular tale involves security men, diamonds, and a black panther!


It feels good to celebrate you, your life and your stories, Steve. Yes, and give you a hearty Rah-Rah!


Read it here:
http://stevehudson.co.uk/post/34170525847/the-most-beautiful-green-eyes-ive-ever-seen
And in case you're interested:  www.voicemaster.co.uk