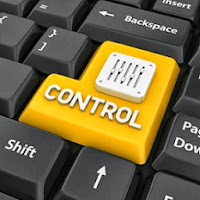 One grey and rainy day, instead of going jogging, I went blogging. I decided it was the perfect day to indulge in a private blog fest, of sorts. And while I was perusing various blogs, (...which Voice-Over Talent, Derek Chappell makes easy through his: 'Top Voiceover Blog Posts')  I found some of interest by Karl Littardi. I was pleased to read that his ‘Uncle Karl’s Voice Over Blog’ is the UK’s #1 Blog for the Earnest Voice Over. He's quite a multi-talented individual too. Besides having a deep, rich, trustworthy, story-teller’s voice, he’s a creative technologist and a publisher. Wow. Here I am, an (earnest) American Voice-Over Talent living in England and I haven’t heard of him yet? For shame.

Well, one blogpost in particular really struck me: “What Do You Control?” It’s surprisingly short, but the four reminders about what we can’t control, resonated with me. This was one of those posts you want to print, highlight and laminate so you can tack it somewhere visible in your studio. And it’s also one that gets a Debby Barnes Voice-Over Rah-Rah! for sure.
One of my BFF’s once told me that she considers everything in life a control issue. (I giggle every time I recall her saying it. She has a way of saying things you never forget. She's also one of those people that always seems to be right.) Anyway, there’s a lot of truth to her opinion. Throughout our lives, there are always going to be things we can control and things we cannot control. This is a fact. Uncle Karl lists 4 of the cannots for the Voice-Over Professional, in particular. They are also facts. And as you finish his post reading this actuality: “What you CAN control is how you handle your feelings, disappointments, failures and regrets.”, you’ll probably find yourself nodding in agreement with me. His healthy reminders can help us feel much more in control when we choose to stay above and beyond our own defeatist tendencies. So cheers, “Uncle Karl” and Rah-Rah!
Read it here:

Posted by Unknown at 9:24 am No comments: 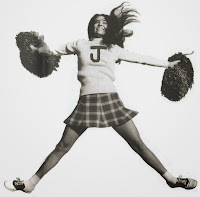 Thanks to Google+ I met another groovy  Voice-Over colleague. He's beatnik cool, has a really marketable voice, a playful personality and funky sideburns. He’s Jordan Reynolds. And I just knew early-on he was going to be getting a Debby Barnes Voice-Over Rah-Rah! whether he wanted one or not.

After being drawn to his cartoonish VO mascot, I thought he was the kind of guy any one would love to have as their friend, colleague and/or next-door-neighbour. He seemed fun, helpful, encouraging, thoughtful, engaging and communicative.  And any guy who openly hashtags: “The gorgeous Downton Abbey theme song. #SongsIDontMindHavingStuckInMyHead” has got my vote! He’s also a gifted Voice Actor, Audio Engineer & Producer, Improv Theater Actor, Music Enthusiast, Tech Geek, and Professional Sideburn Grower. (He's obviously another over-achieving Creative, for sure.)
Well, after viewing his quirky vlog, ‘My latest video: Cheap and free ways to record #voiceover and #vocals in a crappy sounding room’, I was eager to read a, ‘Jordan’s Chopped Thoughts’ blog. His ‘Voice Acting Is Harrd’ entry is a good read. First of all, he’s very transparent and writes like he’s gettin’ real. This particular entry is about his reactions to the book he’s been reading and highly recommending: Acting in Commercials: A Guide to Auditioning and Performing on Camera. It details the importance of communication and how to communicate effectively. (…beneficial stuff for any/all VO Actor’s whether they want to do on-camera work or not, he reminds us.)
After he reads the scientific study they’ve conducted that states that, “…only 7% of interpersonal communication relies on the actual words, while 55% of communication results from facial expressions and 38% from the way in which people use their voices.”  He does some basic math and concludes with a sigh: “…essentially, our ability to communicate with our listener in a compelling and effective manner is twice as hard.” (Hence, the title of his blog.) So after reading the book’s suggestion that we must inject a feeling and/or an emotion into what we’re saying, he urges us to go further by asking ourselves a different question. And the question he asks is spot-on and effectual. It actually leads to a more enhanced technique for him and he finds it ‘…much easier to stay out of his head and just ACT!’ In any kind of VO genre this sounds like sage advice. (…and I’m using it.) He even goes a step further by offering us Soundcloud audio samples comparing his different VO copy reads. (…a blog bonus, of sorts.) He’s definitely hit on something that won’t make Voice Acting so HARRD! Rah-Rah! Jordan.
Read it here: 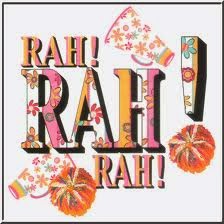 Dave (Courvo) Courvoisier. He’s the beloved Voice-Over Vegas guy with ‘…a rich, malleable baritone voice.’ and more counsel than a barrel full of gold. And if you visit his website, you’ll feel like you’ve hit the jackpot! It’s a veritable treasure trove of Voice-Over jewels. And this gracious guy is more than happy to share his treasure. One could spend a great deal of time sifting through what he offers and come away with profitable information of all kinds. He ‘began his broadcasting career in 1977 at a Country 'n' Western Radio station in Carlsbad, NM and 20 of his ensuing years have been spent in TV in Las Vegas’, so he’s more than qualified to comment on everything he writes about. That’s why I’m compelled to sound-off with a Debby Barnes Voice-Over Rah-Rah!
Not unlike Paul Strikwerda (...another priceless broadcasting/VO veteran) I felt spoiled-for choice when I tapped-into Courvo’s site and started looking through his recent posts. They’re all so content rich and relative that I found myself a bit overwhelmed. (Too much information and too many options can do this to me.) But alas, I hit on one that I immediately identified with, because I do the same thing at home myself. His ‘Are You Listening?’ blog is another gem. He writes this particular post to remind us to: ”Make a point of critically listening to all the radio and TV commercials you possibly can.” And though most people prefer to fast-forward through commercials, we VOT’s would be better served if we paused, played and replayed these adverts.  He points-out that in order to get a greater sense of the kinds of things every Voice-Over Talent should be honing in on, we should be listening intently to those voicing the spots. If we really listen, we will inevitably learn what works best. He mentions 5 things in particular to be listening for. And if you’ll excuse the pun, they’re all spot-on!

Rah-Rah! for more pearls of wisdom, Courvo. And thanks for sharing your loot!

Posted by Unknown at 8:37 am No comments: 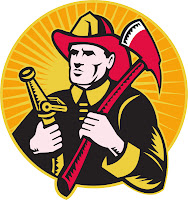 My father was a small town Volunteer Firefighter, so I have a real soft spot for Firefighters. They put-out fires. They save lives. They’re heros. They’re all about dedication, serving unselfishly and making everyone else’s wellbeing their top priority. What’s not to love? I’m drawn to people who possess those qualities. Men and women who give without reserve so others can flourish, should be praised. Men and women who are all about rescuing others are a big deal.

Well, I found-out that one of my Voice-Over colleagues was a Volunteer Firefighter and a blogger, so it was a no-brainer to shine my little spotlight on him and give him a hearty Debby Barnes Voice-over Rah-Rah! His content is always fresh, down-to-earth and helpful. And you can tell he cares. Marc Scott really cares. You get a real sense of this quality in him in the way he writes and what he writes about. He recently posted a beneficial article about how to get above and beyond a bad week, called: “10 Free Ways To Forget A Bad Week”. And though it was written with his Voice-Over colleagues in mind, it’s a good read for anyone who’s struggling to overcome a bleak week. He starts out by stating a sobering fact, then he reminds us that we all have bad weeks. But, he goes on to offer us some sensible ideas for shifting our gaze and shifting our frown. And his ten free tips are light, positive, easy and fun. (I’m actually partial to tips 2, 4, 5, 8, and 9, myself.)


At the end of the day, it was good to be reminded that we “…can either wallow in self pity and lose all confidence and respect for ourselves…or find something that will make us smile and leave our worries and woes behind.” Amen. Well said Marc. These nice ideas leave us feeling like we can put-out our little ‘fires’ before they start burning out-of control. This is advantageous advice from a kind, gifted, Volunteer Firefighting VOT. Rah-Rah!, Marc. 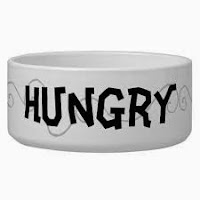 Fill my bowl, please. I’m a hungry hound. When it comes to relevant and helpful information, I want to be fed! (...especially if I can identify with it and apply it to my small business.) I’m sure I’m not alone. Most Solopreneurs crave sound advice. That’s why blogs are so popular. We can all learn from each other by 'feeding' each other in this way. So when a trusted colleague shared a link about ‘The 5 Worst Pieces of Advice for Small Business Owners’ by Nellie Akalp, I was eager to read it and clicked with great interest. I could also feel a Debby Barnes Voice-Over Rah-Rah! coming on. This could be the best worst advice I've read in a long time. I was right.
She outlines five bits of 'advice' she could have done without over the years she’s been in business. FYI: She's the CEO & Co-Founder of CorpNet (…an online legal document filing service, where she helps entrepreneurs.) She’s also an empowering female entrepreneur who loves helping small businesses succeed . Okay, I thought. I need this read. I always appreciate someone's experience, hindsight and hard-won advice; and any meaty bones they're willing to throw me!
Well, by the time I hit tip three I actually felt like she was chatting with me personally and reminding me of what I needed to hear again. I SO heartily agreed with all five of her tips that I had to sit back a minute and take a breath. She really hits the ‘nail on the head’ on all five counts. In reference to the myth that, “There’s no room for you in the market.” I appreciated ‘hearing’ her address this and what she goes on to say: “…the key to business success doesn’t always hinge on finding a completely empty field; rather, it’s how you define your company and its place in the market.” Well said. She also cracked me up when I read her response to those who’d told her that starting small businesses today is so much easier because of all the free marketing available through social media platforms. Responding with "a more apt comparison" she quips: “…social media is free like a puppy...social media is far from free once you factor in the blood, sweat and tears it demands.” Aint it the truth. Rah-Rah! Nellie.
Read More Here:

www.debbybarnes.com
Posted by Unknown at 10:33 am No comments: